Hierarchy of Control: Preventing Recurrence of Problems is a Choice

Once Root Cause Analysis (RCA) is completed, whether or not we are successful in preventing the reoccurrence of a problem, is predicated on our choice of corrective actions.

These decisions are often based on our willingness to accept risk. If we are risk-tolerant, we may be willing to implement cheaper, less effective solutions and accept the risk of the problem occurring again and the impacts that would bring. The benefits of such an approach may include time and money saved in the short term, but are we simply taking the path of least resistance?

The principles of the Hierarchy of Control should come into play here and while most understand the concepts of this hierarchy, how do we apply these in real terms?

If we look at all the corrective actions that come out of RCA, the concept that there is only a single root cause for our problems becomes nonsense. What, then, is the ratio between “hard” and “soft" controls?

The answer to this question is not always the same.

In industries that are heavily risk-averse, you will tend to see a higher ratio of “hard” controls. Also, because of their risk aversion, these industries are more likely to buy into these engineering-based controls and the cost and effort that comes with them. This includes drawing up and editing designs and then physically managing changes.

The “soft” or “administrative” controls include things such as training or new procedures, rules, signage, or supervision, with the last line of defense and the lowest form of control being PPE. These corrective actions attempt to control the human element of our problems, suggesting that people are the real problem.

These controls tend to have much more appeal because they’re easier to sign off on, easier to implement, and require far less investment of time and money. With “soft” controls, though, you are simply mitigating your risk while accepting the problem may reoccur with its associated negative impacts. This is because, unlike “hard” controls, soft controls cannot provide a guarantee that the problem will not happen again.

For risk-averse industries, we tend to see a ratio approximating a 50/50 split between “hard” and “soft” controls, and sometimes even a higher level of “hard” controls.

For more risk-tolerant industries, the ratio starts to approach a 20/80 split between “hard” and “soft” controls, with a much higher percentage of “soft” controls being considered.

The implication of this discussion is that it is the choice we make about solutions that will determine whether a problem will recur or not. It is also a choice about “hard” and “soft” controls that will ultimately govern an outcome and determine if our efforts are successful in preventing future risk. 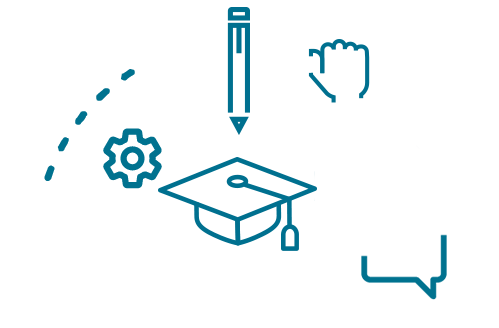 We've helped thousands of people take their critical thinking and problem-solving skills to the next level with hands-on Root Cause Analysis training.

Check out the Course